Delete All Your Apps

It’s not just Facebook: Android and iOS’s App Stores have incentivized an app economy where free apps make money by selling your personal data and location history to advertisers. 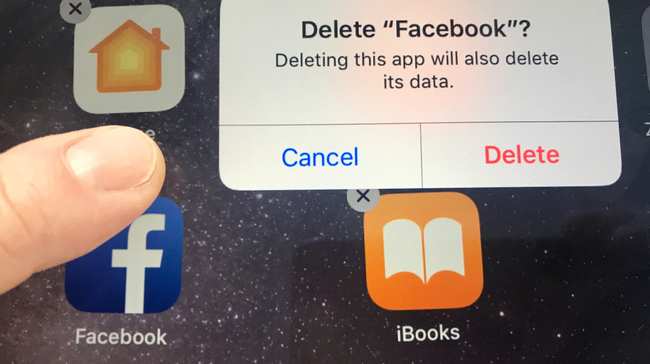 Monday morning, the New York Times published a horrifying investigation in which the publication reviewed a huge, “anonymized” dataset of smartphone location data from a third-party vendor, de-anonymized it, and tracked ordinary people through their day-to-day lives—including sensitive stops at places like Planned Parenthood, their homes, and their offices.

The article lays bare what the privacy-conscious have suspected for years: The apps on your smartphone are tracking you, and that for all the talk about “anonymization” and claims that the data is collected only in aggregate, our habits are so specific—and often unique—so that anonymized identifiers can often be reverse engineered and used to track individual people.

Along with the investigation, the New York Times published a guide to managing and restricting location data on specific apps. This is easier on iOS than it is Android, and is something everyone should be periodically doing. But the main takeaway, I think, is not just that we need to be more scrupulous about our location data settings. It’s that we need to be much, much more restrictive about the apps that we install on our phones.

Everywhere we go, we are carrying a device that not only has a GPS chip designed to track our location, but an internet or LTE connection designed to transmit that information to third parties, many of whom have monetized that data. Rough location data can be gleaned by tracking the cell phone towers your phone connects to, and the best way to guarantee privacy would be to have a dumb phone, an iPod Touch, or no phone at all. But for most people, that’s not terribly practical, and so I think it’s worth taking a look at the types of apps that we have installed on our phone, and their value propositions—both to us, and to their developers.

A good question to ask yourself when evaluating your apps is “why does this app exist?”

The early design decisions of Apple, Google, and app developers continue to haunt us all more than a decade later. Broadly and historically speaking, we have been willing to spend hundreds of dollars on a smartphone, but balk at the idea of spending $.99 on an app. Our reluctance to pay any money up front for apps has come at an unknowable but massive cost to our privacy. Even a lowly flashlight or fart noise app is not free to make, and the overwhelming majority of “free” apps are not altruistic—they are designed to make money, which usually means by harvesting and reselling your data.

A good question to ask yourself when evaluating your apps is “why does this app exist?” If it exists because it costs money to buy, or because it’s the free app extension of a service that costs money, then it is more likely to be able to sustain itself without harvesting and selling your data. If it’s a free app that exists for the sole purpose of amassing a large amount of users, then chances are it has been monetized by selling data to advertisers.

The New York Times noted that much of the data used in its investigation came from free weather and sports scores apps that turned around and sold their users’ data; hundreds of free games, flashlight apps, and podcast apps ask for permissions they don’t actually need for the express purpose of monetizing your data.

Even apps that aren’t blatantly sketchy data grabs often function that way: Facebook and its suite of apps (Instagram, Messenger, etc) collect loads of data about you both from your behavior on the app itself but also directly from your phone (Facebook went to great lengths to hide the fact that its Android app was collecting call log data.) And Android itself is a smartphone ecosystem that also serves as yet another data collection apparatus for Google. Unless you feel particularly inclined to read privacy policies that are dozens of pages long for every app you download, who knows what information bespoke apps for news, podcasts, airlines, ticket buying, travel, and social media are collecting and selling.

This problem is getting worse, not better: Facebook made WhatsApp, an app that managed to be profitable with a $1 per year subscription fee, into a “free” service because it believed it could make more money with an advertising-based business model.

What this means is that the dominant business model on our smartphones is one that’s predicated on monetizing you, and only through paying obsessive attention to your app permissions and seeking paid alternatives can you hope to minimize these impacts on yourself. If this bothers you, your only options are to get rid of your smartphone altogether or to rethink what apps you want installed on your phone and act accordingly.

It might be time to get rid of all the free single-use apps that are essentially re-sized websites. Generally speaking, it is safer, privacywise, to access your data on a browser, even if it’s more inconvenient. On second thought, it may be time to delete all your apps and start over using only apps that respect your privacy and that have sustainable business models that don’t rely on monetizing your data. On iOS, this might mean using more of Apple’s first party apps, even if they don’t work as well as free third-party versions.