Machines could put more than half the world’s population out of a job in the next 30 years, according to a computer scientist who said on Saturday that artificial intelligence’s threat to the economy should not be understated.

Expert Moshe Vardi told the American Association for the Advancement of Science (AAAS): “We are approaching a time when machines will be able to outperform humans at almost any task.

“I believe that society needs to confront this question before it is upon us: if machines are capable of doing almost any work humans can do, what will humans do?”

Physicist Stephen Hawking and the tech billionaires Bill Gates and Elon Musk issued a similar warning last year. Hawking warned that AI “could spell the end of the human race” and Musk said it represents “our biggest existential threat”. 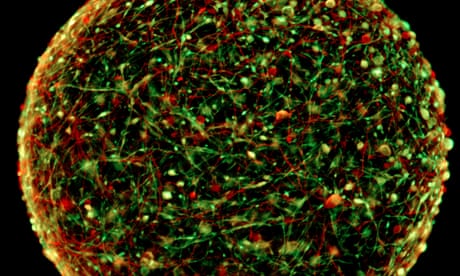 ‘Mini-brains’ could revolutionise drug research and reduce animal use

The fear of artificial intelligence has even reached the UN, where a group billing itself the Campaign to Stop Killer Robots met with diplomats last year.

Vardi, a professor at Rice University and Guggenheim fellow, said that technology presents a more subtle threat than the masterless drones that some activists fear. He suggested AI could drive global unemployment to 50%, wiping out middle-class jobs and exacerbating inequality.

Unlike the industrial revolution, Vardi said, “the AI revolution” will not be a matter of physically powerful machines that outperform human laborers, but rather a contest between human wit and mechanical intelligence and strength. In China the question has already affected thousands of jobs, as electronics manufacturers, Foxconn and Samsung among them, develop precision robots to replace human workers.

In his talk, the computer scientist alluded to economist John Maynard Keynes’ rosy vision of a future in which billions worked only a few hours a week, with intelligent machines to support their easy lifestyles – a prediction embraced wholesale by Google head of engineering Ray Kurzweil, who believes “the singularity” of super-AI could bring about utopia for a future hybrid of mankind.

Vardi insisted that even if machines make life easier, humanity will face an existential challenge.

“I do not find this a promising future, as I do not find the prospect of leisure-only life appealing,” he said. “I believe that work is essential to human wellbeing.”

Computer scientist Bart Selman told reporters at the conference that as self-driving cars, “household robots, service robots” and other intelligent systems become more common, humans will “sort of be in a symbiosis with those machines, and we’ll start to trust them and start to work with them”.

Selman, a professor at Cornell University, said: “Computers are basically starting to hear and see the way humans do,” thanks to advances in big data and “deep learning”.

Vardi predicted that driving will be almost fully automated in the next 25 years, and asked, for all the benefits of technology, “what can humans do when machines can do almost everything?”

He said that technology has already massively changed the US economy in the last 50 years. “We were all delighted to hear that unemployment went down to 4.8%” this month, he said, “but focusing on the monthly job report hides the fact that for the last 35 years the country has been in economic crisis.”

Citing research from MIT, he noted that although Americans continue to drive GDP with increasing productivity, employment peaked around 1980 and average wages for families have gone down. “It’s automation,” Vardi said.

He also predicted that automation’s effect on unemployment would have huge political consequences, and lamented that leaders have largely ignored it. “We are in a presidential election year and this issue is just nowhere on the radar screen.”

He said that virtually no human profession is totally immune: “Are you going to bet against sex robots? I would not.”

Last year, the consultant company McKinsey published research about which jobs are at risk thanks to intelligent machines, and found that some jobs – or at least well-paid careers like doctors and hedge fund managers – are better protected than others. Less intuitively, the researchers also concluded that some low-paying jobs, including landscapers and health aides, are also less likely to be changed than others.

Vardi said he wanted the gathering of scientists to consider: “Does the technology we are developing ultimately benefit mankind? 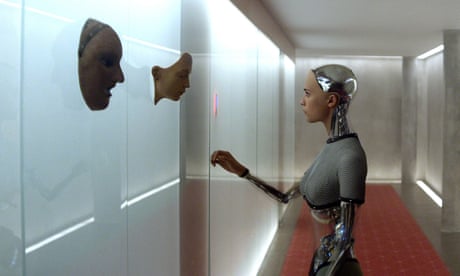 “Humanity is about to face perhaps its greatest challenge ever, which is finding meaning in life after the end of ‘in the sweat of thy face shalt thou eat bread’,” he said. “We need to rise to the occasion and meet this challenge.”

In the US, the labor secretary, Thomas Perez, has told American seaports that they should consider robotic cranes and automatic vehicles in order to compete with docks around the world, despite the resistance of unions. In 2013, two Oxford professors predicted that as much as 47% of the US workforce, from telemarketers to legal secretaries and cooks, were vulnerable to automation.

Dire forecasts such as Vardi’s are not without their critics, including Pulitzer-winning author Nicholas Carr and Stanford scientist Edward Geist. Carr has argued that human creativity and intuition in the face of complex problems is essentially irreplaceable, and an advantage over computers and their overly accurate reputation.

Walking the line between the pessimists and optimists, Martin Ford, author of Rise of the Robots: Technology and the Threat of a Jobless Future, has suggested that automation will come down to politics today, telling National Geographic that if scientists and governments don’t address the issue “for lots of people who are not economically at the top, it’s going to be pretty dystopian”.