If you needed just one more reason to trash your iPhone, this is it. Apple co-founder Steve Wozniak recently told a crowd of techies in Austin, Texas, that the future of humanity will predicate on artificially-intelligent (AI) robots keeping people as „pets“ – and Wozniak says he’s actually looking forward to this grim, robot-dominated future.

Building upon Apple’s „Siri“ concept, which is AI in its infancy, Wozniak’s vision for 100 years from today is that humans will be literally owned by AI robots, much like how humans currently own dogs or cats. Robots will be in charge, in other words, and humans will be their slaves. And all of this will somehow be „really good for humans,“ in Wozniak’s view.

Speaking at the Freescale Technology Forum 2015, Wozniak told eager listeners that putting robots in charge is a good thing because, by that point (100 years from now), they’ll have the capacity to become good stewards of nature, „and humans are part of nature,“ he says. Expressing comfort by this thought, Wozniak stated that he „got over [his] fear“ of becoming a robot slave.

„Computers are going to take over from humans, no question,“ Wozniak told the Australian Financial Review during a recent interview, affirming what many others in the tech industry, including Tesla CEO Elon Musk, believe will commence once AI technology really gets off the ground.

Since Wozniak treats his own dogs „really nice,“ he says he isn’t concerned about AI robots taking over

Echoing the concerns of Musk, Microsoft founder Bill Gates, physicist Stephen Hawking, and others, Wozniak does acknowledge some of the risks involved with developing AI technologies. But these risks aren’t necessarily a deal breaker because AI robots, in his view, will probably treat humans kindly just like most people treat their own pets.

„Will we be the gods? Will we be the family pets? Or will we be ants that get stepped on? I don’t know about that,“ he stated. „But when I got that thinking in my head about if I’m going to be treated in the future as a pet to these smart machines … well I’m going to treat my own pet dog really nice.“

Well, phew! It’s all settled then. Because Wozniak happens to be kind to his own dog, it’s perfectly fine, in his view, to unleash an army of advanced robots that are „smarter“ than humans and capable of destroying them because maybe they’ll choose instead to be kind to humans. 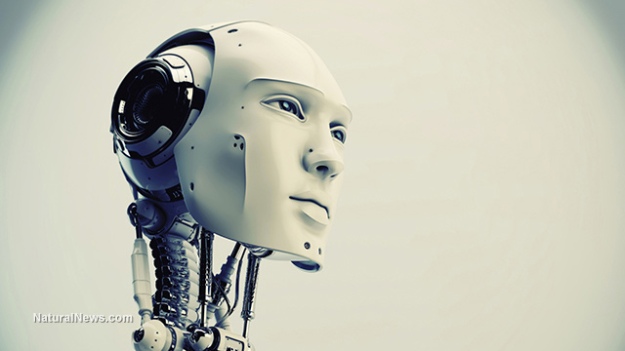 It’s a lot like the infamously absurd words of House Minority leader Nancy Pelosi, who stated prior to voting for Obamacare that „we have to pass the bill so that you can find out what is in it.“ Concerning AI robots, Wozniak’s message is essentially the same: We just have to create them first in order to find out what they’ll do to humanity.

But if a recent „Google Brain“ study is any indicator of how AI robots think, humans would be lucky to be treated as kindly as a family pet. An experimental AI robot „interviewed“ by Google researchers revealed that such technology is both amoral and hostile to humans. When asked „what is immoral?“ the robot responded, „the fact that you have a child,“ expressing enmity against human reproduction.

You can read the full paper here: Neural Conversational Model
„Everyone on the planet has much to fear from the unregulated development of super-intelligent machines,“ stated James Barrat, a documentary filmmaker and author of the book Our Final Invention: Artificial Intelligence and the End of the Human Era, during a recent interview with Smithsonian. „They will be machines that kill, unsupervised by humans.“