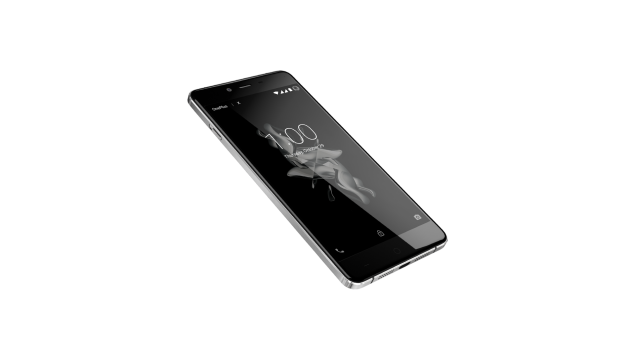 Not quite two years ago, the OnePlus One redefined the level of quality one can expect from a budget smartphone, a $300 device that compared (sometimes favorably) to flagships twice its price. It also redefined frustration with an arcane, invite-based ordering system. The new OnePlus X pushes that value proposition even farther. The invites are back, too—but for a good reason.

First, the phone, a $250 device with the look and specs of if not an iPhone or Galaxy S device, something on the very next rung. It’s got 3GB of RAM, a 5-inch, 1080p AMOLED display, and a 13MP rear-facing camera. On balance, that’s roughly comparable to Google’s shiny, new, $380 Nexus 5X, itself an aggressive value play. From there, you settle for a ho-hum Snapdragon 801 processor and 16GB of storage, somewhat balanced out by expandable microSD storage, a near-extinct smartphone feature in 2015. It also runs OxygenOS, an operating that looks and feels like Google’s version of Android (it even uses Google apps) but is built by OnePlus from the ground up, which isn’t so much good or bad but interesting.

All of this would make the OnePlus X a steal, even if it were housed in a plastic brick body. It’s not. The OnePlus X is a looker. Its build quality looks like it could have come straight out of Cupertino, though not in an imitative way. It has a glass backplate, for heaven’s sake.

“If you look at the specs, they are still pretty powerful specs,” says OnePlus co-founder Carl Pei. “But we have come to a time where incremental increase in clock speed doesn’t add to the user experience as much as a better camera, or much better build quality, or better design does.”

It’s clear that OnePlus has focused its efforts on the latter. There’s even an extremely limited-edition ceramic version of the OnePlus X that’s literally “fire-baked” at 2,700 degrees, for 28 hours, as part of the manufacturing process. It sounds like something you’d find from a gaudy ultra-lux shop like Vertu. It costs just a little over $400.

“This is a very big step for us as a company,” explains Pei. “We are trying to reach a broader audience. Maybe not the mass market, but maybe people who care more about the design of a project” than the early adopter crowd that gave OnePlus its early success.

Now the bad news: While the OnePlus X will be more available than the OnePlus One and OnePlus Two were at their respective launches, it’s still not going to be easy to get one. A broader audience, after all, means fewer devices to go around.

Still, some OnePlus adjustments should make invite acquisition slightly less labyrinthine. Besides which, it turns out there’s a very good chance that you’d miss them if they were gone.

Here’s how the OnePlus X invite process works: For the first month that the phone is available, you can sign up to be placed on a reservation list. From that list, a select number of people will be offered an invitation to purchase the phone. The initial run of invites comprises 5,000 apiece for the U.S., Europe, and India (Apple sold 13 million iPhone 6s and 6s Plus units in just the first three days of sales).

So far, so simple, even if the numbers are a bit daunting. From there, it becomes much less so. The reservation list isn’t the only way to get an invite; you can also get one through OnePlus social media promotions, or at one of a few pop-up shops. After the first month, invites will be available once a week on a first-come, first serve basis. That window will always be the same day of the week, but could start at different times on that day. They’ll initially be an hour long, but could expand based on, well, who knows? Also: People who do buy a phone can pass an invite along to a friend.

Oh, and the OnePlus X won’t be available in the U.S. until November 19. Europe and India go live on November 5.

Eventually, the company has said, the OnePlus will be available invite-free. Until then, though, you’ll probably have better luck catching fireflies with a slotted spoon. That’s a key trade-off, though, to having something so good come so cheap.

“We know that the invite system limits the speed of our growth, but it also gives us more security in how we run our business,” explains Pei. “We might be trading off some short-term growth opportunities in exchange for a more long-term, more healthy business.”

The invite system isn’t ideal but the two alternatives, as Pei sees them, are even worse. He could produce enough phones to cover his most ambitious sales estimates, and risk being stuck with a major write-down—remember, Amazon got stuck with a $170 million Fire Phone bill just last year. Or he could charge a lot more to help mitigate any potential losses, but get lost in the ever-expanding sea of perfectly adequate, $400 Android handsets.

Instead, OnePlus is pursuing a strategy that it knows isn’t perfect, but beats becoming anonymous—or worse.

“If you look at other smartphone makers, and hardware and consumer electronics companies, inventory has been a much bigger pain than a lack of sales,” Pei notes. “More companies go bankrupt because they keep too much stock, versus companies who can’t sell enough.”

It’s better, in other words, to have a delayed OnePlus X than risk having no OnePlus X at all.

Pei remains open to other sales strategies, and says the company has learned a lot since the rocky launches of the OnePlus One and OnePlus Two. He also knows they haven’t figured it out quite yet, and that the stakes to do so are higher than ever.

“Over the last two years, we grew much faster than we thought we would,” says Pei. “Now there’s a lot of people who want to buy our phones, but they’re becoming more and more frustrated by how hard the phones are to get … It’s too difficult of a process.”

Part of the solution is availability, and part of it is process. The larger volume of invites should help with the former. As for the latter, despite its gloss the OnePlus X uses more off-the-shelf components than its predecessors did, meaning it should be easier to ramp up when needed.

We’re still pretty far from the day buying a OnePlus X is as simple as offering the company your money and receiving a good in exchange. To pass the time until then—or until you score an invite—just remember that the OnePlus X is absolutely a bargain. Your end of it is patience.