Forget everything you think you know about Taylor Swift. She’s no longer a performer, singer, pop star or celebrity — strictly speaking. She is CEO and executive manager of the brand Taylor Swift. And she’s building it in a brilliant way.

No CEO under 30 since Mark Zuckerberg has successfully launched and maintained a consistent aura of excitement, engagement and growth more effectively than Swift. What’s her secret? She instinctually and innately keeps her fan base suspended in a constant state of hysteria through many of Tony Robbins’ 7 Strategies for Creating Raving Fans.

Give more than you promote

As profiled by the Los Angeles Times, Taylor Swift was born into a generation who came of age with social media and seamlessly integrate online communication within the full narrative of their relationships. But Swift is more than just adept at social trends and platforms; she makes direct and authentic connections with fans by casually replying to their posts, liking and favoriting their pictures and reposting their own selfies holding her album cover. As Matt Britton, CEO of youth maturing agency MRY, told the New York Times, „When you do that, you generate a kind of advocacy and excitement that no level of advertising could.“

She doesn’t use social for marketing, she uses it for mentioning. And it means everything to her fans.

Once these simple but lasting connections are made, fans feel more invested in her everyday life and activities, the way they would with any friend. Swift’s tweets and posts act as a delightful flip-side to the infamously brutal singe line, late-night email replies Steve Jobs would fire back at Apple fans. 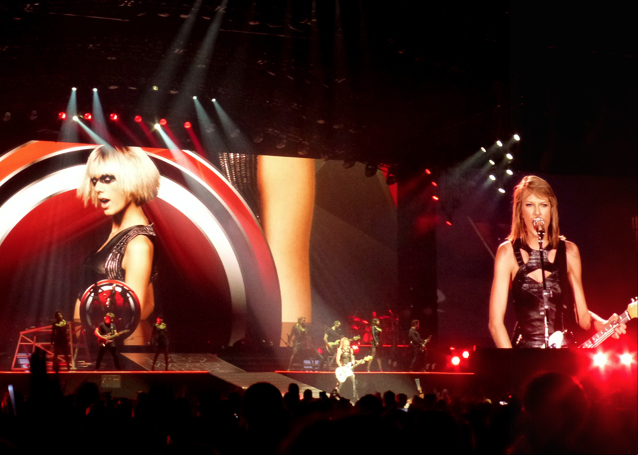 Swift’s mastery of social media as a tool to add more value to her fans goes so much further than conversational replies and likes. In the weeks leading up to the launch of her, now, multi-platinum „1989“ album, she personally “Tay-lurked“ popular channels like Instagram, Tumblr and Twitter to read raw customer feedback, rewarding supporters with personal invitations to a “special Taylor Swift opportunity,” bringing fans into one of her several “Secret Sessions” pre-release listening events held at one of her own homes in Beverly Hills, Nashville, New York and Rhode Island.

Any company can throw a product pre-release bash, but Swift personally appeared at each of them, turning what could have been a publicity calculation into a casual hangout — sitting on the floor and informally talking through her inspirations and influences, as naturally as any 25-year-old would. The magnified social media outpouring from these events helped rocket her album debut sales to over one million on release.

“She has been able to take one person and spread herself out into millions of itty-bitty pieces of Taylor Swift and touch as many people as possible,” Mr. Britton said. “When you do that, you generate a kind of advocacy and excitement that no level of advertising could.”

Run your business in open transparency

Swift’s intuitive promotional style make headlines, but it’s her business moves that send waves through industry and spin headlines across international media. Having built a powerful public platform, she’s become renown for her ability to spotlight and create change for professional artists everywhere, regardless of fame or audience size. Many fans jokingly ask her over Twitter, to help save a canceled television show or to add features to Instagram. But this only underlines her ability to create real movement through messaging.

Most notably, she removed her entire catalog from Spotify’s streaming after issuing a public statement clearly written by her personally, rather than drafted by a PR firm.

„Music is art, and art is important and rare. Important, rare things are valuable. Valuable things should be paid for. It’s my opinion that music should not be free, and my prediction is that individual artists and their labels will someday decide what an album’s price point is. I hope they don’t underestimate themselves or undervalue their art.“

In all issues of communication, from casual social media to press releases, Swift’s brand messages are entirely consistent in their openness and earnestness. This naturally became international news, fueling debates around royalty payments for artists everywhere. As reported by Time, artists on Spotify streaming earn on average less than one cent per play, or $0.006 and $0.0084.

She was only getting started. In what’s been heralded as the first significant sign of the post-Jobs Apple, Swift then released this statement challenging Apple Music’s launch policy to withhold payment to artists in exchange for the value of promotion:

„I’m sure you are aware that Apple Music will be offering a free 3 month trial to anyone who signs up for the service. I’m not sure you know that Apple Music will not be paying writers, producers, or artists for those three months. I find it to be shocking, disappointing, and completely unlike this historically progressive and generous company.“

What’s shocking is how quickly Apple, under Tim Cook’s leadership, conceded. Within hours, one of the most profitable, successful and globally admired companies, in history, changed direction and agreed to pay streaming royalties. Her short showdown with Apple Music’s policies is an example of the leadership any CEO, owner or entrepreneur can incorporate — by thinking beyond self-interest to how can improve experience for others, you give your customers a reason to believe.

And when you make them believe in you they’ll always buy from you.

Always reward your best clients and give back

Her most powerful, surprising and genius move was also her most simple and heartfelt.

On December 31st, 2014, Swift released a low-fi, homemade video of herself wrapping gifts she’d personally chosen for a selection of her fans, in her own home. Intercut with the footage were real, raw fan reactions as they unwrapped the presents and read the hand-written notes, most hardly able to speak through tears of joy — receiving personal presents from Swift naturally caused the merriest of meltdowns. The video reaches an unexpected pinnacle as Swift then drives from New York to Connecticut to personally deliver gifts to one special fan and her young son. Rather than simply dropping off for a photo op, she spends time playing and visiting — all the action underscored by her newly released single.

The video, likely produced for less than the costs of the gifts, rebranded the holiday as „Swiftmas“ and naturally went viral. It immediately platformed up the media chain into a feel-good headline story, creating an extravaganza of free PR and marketing time as clips were played endlessly through mainstream news channels and media broadcasts. With not a penny spent on ad placement, PR or traditional marketing pushes.

For Swift, this move was effortless. Entirely congruent to her personality — heartfelt, earnest and generous. From a more calculated personality, a stunt like this could easily backfire and create cynicism or hostility. Instead, her fans celebrated, non-fans took notice and marketers reveled in her show of gentle force, all connecting with her ability to contribute to her fans’ experience and create joy.

The obvious question becomes — what will she do next?

A celebratory culture empowers employees and inspires a long term audience that vocalizes your message, recruits new customers and helps you generate greater sales. If you can create a culture of raving fans, congruously within your image, you will provide more value than anyone else in your field. 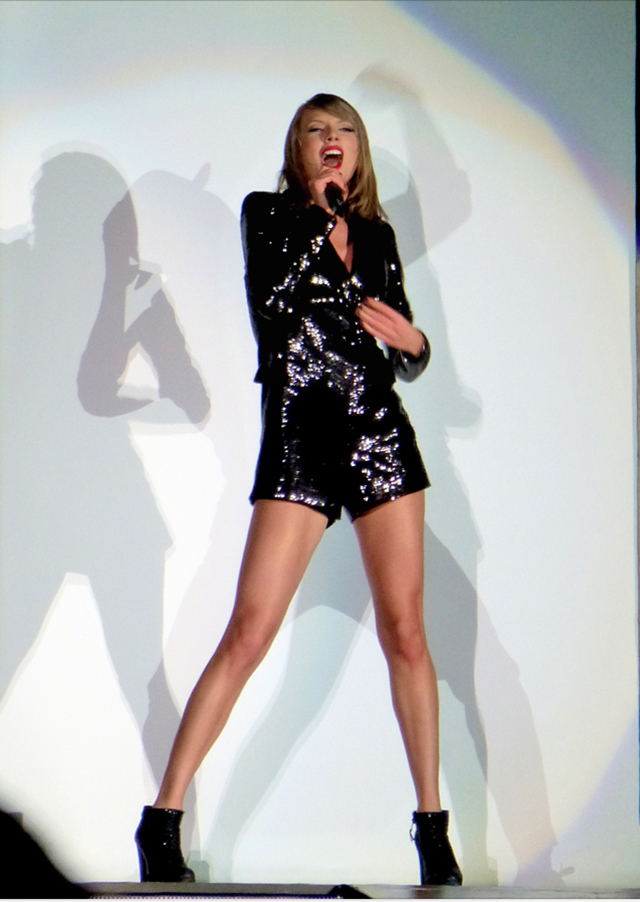 Swift falls in love with her fans, not her fame

The most expensive and consuming challenge for any business is acquiring new customers — so, conversely, the simplest solution is to continually serve that same customer while compelling them to recruit, rave and spread your story.

Any organization, leader or brand who can maintain a high level of customer loyalty will always overwhelm the competition though their consistent ability to anticipate, surprise and fulfill their audience’s needs at the most fundamental and personal levels. The most successful organizations remain so because consumers and clients adopt the brand identity into their own, through purchase, use, external signaling (logos, merchandise) and social events.

Discover new and entirely authentic ways to delight, empower and surprise your customers and watch as they become an audience of raving fans — like the thousands of stadiums of smiling faces cheering for Taylor Swift.