BMW turns 100 this year, and although the company has a rich history, it is looking forward with a barrage of extreme concepts to prove its will remain relevant for the next 100 years. The company owns Rolls-Royce, which recently offered a glimpse of luxury in the 22nd Century, and Mini, which got a futuristic makeover. And now BMW peers into tomorrow and sees a sleek four-door with flexible skin, scissor doors, and an interior that flutters in three dimensions to communicate with you.

01 The exterior will look suitably futuristic

The silhouette of the Vision Next 100 Concept doesn’t look too out-there, and the lines bring to mind the sedan-coupe mashups you see today. Open the doors, which move upward (like this) instead of outward (like this), and the conceptual craziness steps up a notch. Of course the open on their own, as soon as you approach. The car, which presumably runs on electricity, or perhaps hydrogen, or maybe something not yet discovered, starts with a press of the ginormous BMW logo on the dashboard. 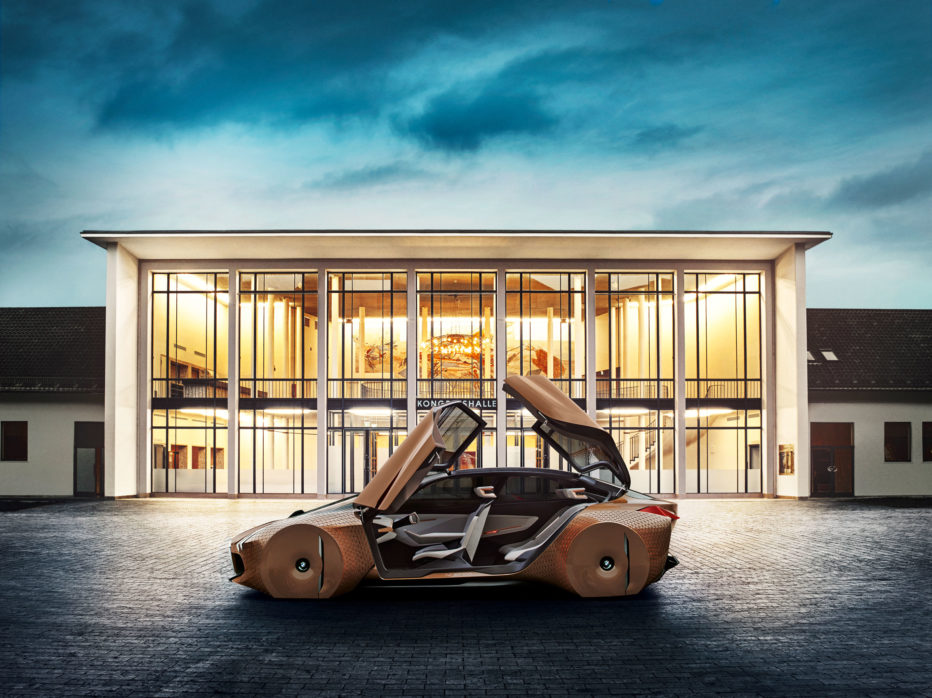 02 The car will be capable of driving itself

Today, BMW drivers can choose Eco, Comfort, and Sport mode. In the future, they’ll choose Ease or Boost. Feeling lazy? Select Ease mode and let the computer do everything. Want to see if BMW is once again the Ultimate Driving Machine? Boost mode lets you take the wheel. Whatever the mode, nearly 800 tiny triangles throughout the cabin flutter like birds, communicating with the driver. It sounds nuts, but the video makes it look like an effective way of conveying information. Besides—it’s a concept. It’s not like it actually has to work. 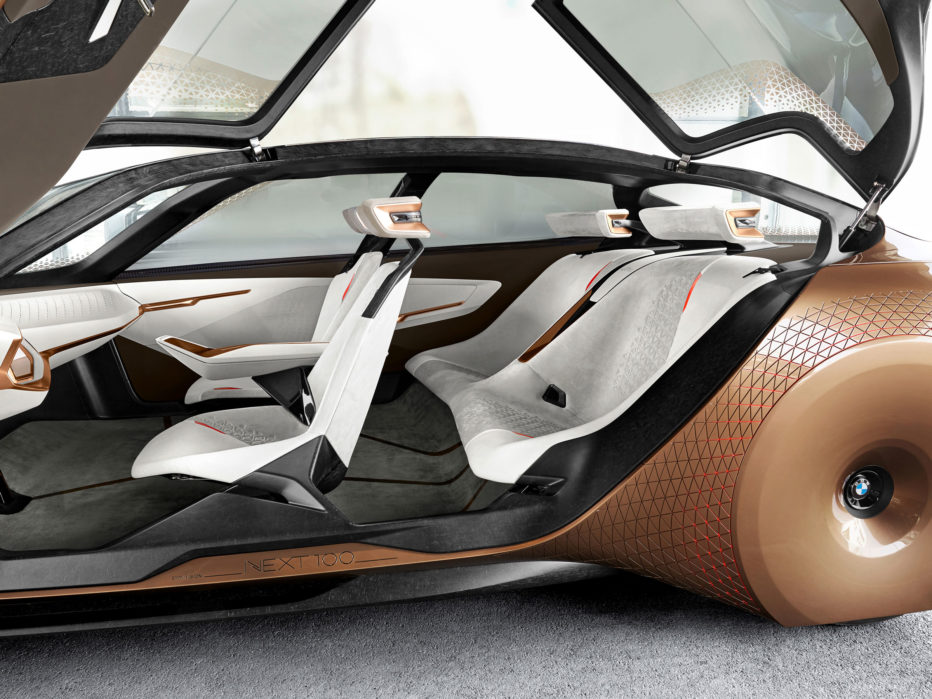 03 But the human can still take over

Swiping and scrolling has all but killed buttons and knobs, so it’s no surprise you won’t find any in BMW’s concept. Instead, you’ll handle everything through “The Companion,” which looks like a big, glowing gemstone on the dash. It uses colored light and voice commands to …. do something. Choose Boost mode and The Companion retracts and steering, er, bar pops out of the dash. And this being the future, the windscreen is a giant heads-up display.

The wheels sit at the far corners of the car because some things won’t change in 100 years. They’re covered with a flexible skin that BMW calls Alive Geometry, a fancy way of saying the bodywork moves as the wheels turn. (BMW’s explored this before with a shape-shifting car made of fabric.) Keeping the wheels covered improves aerodynamics, and BMW says it’s pretend car would have a drag coefficient of 0.18, making it much slicker than the sleek BMW i8. 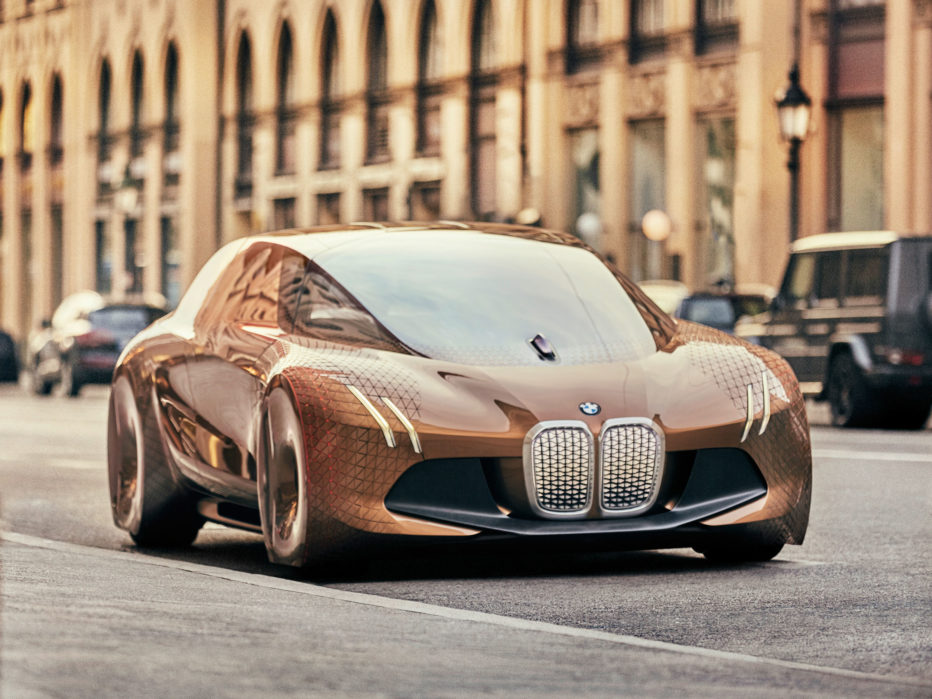 To make the body pliable enough to change shape, BMW uses more of the tiny triangles that came alive when you got in the car. BMW believes the days of punching panels out of steel will end, and automakers will use recyclable materials and composites made with, say, random stuff that might otherwise go in the trash. 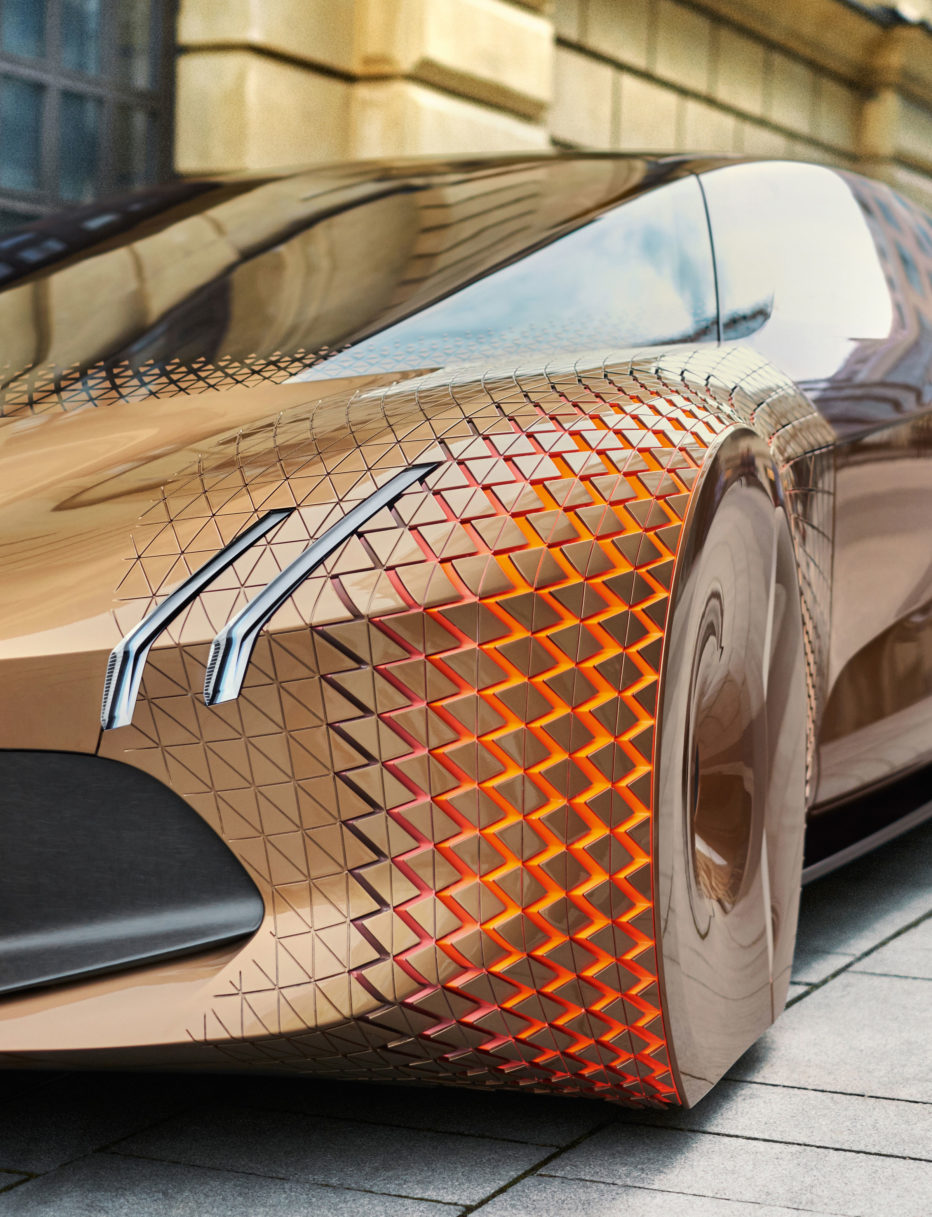 06 Copper is the new Rose Gold

BMW chose that shiny copper hue to underscore the idea that vehicles of the future “should appear technical yet still have a warmth about them.” Whatever. The color may be the coolest thing about this car. 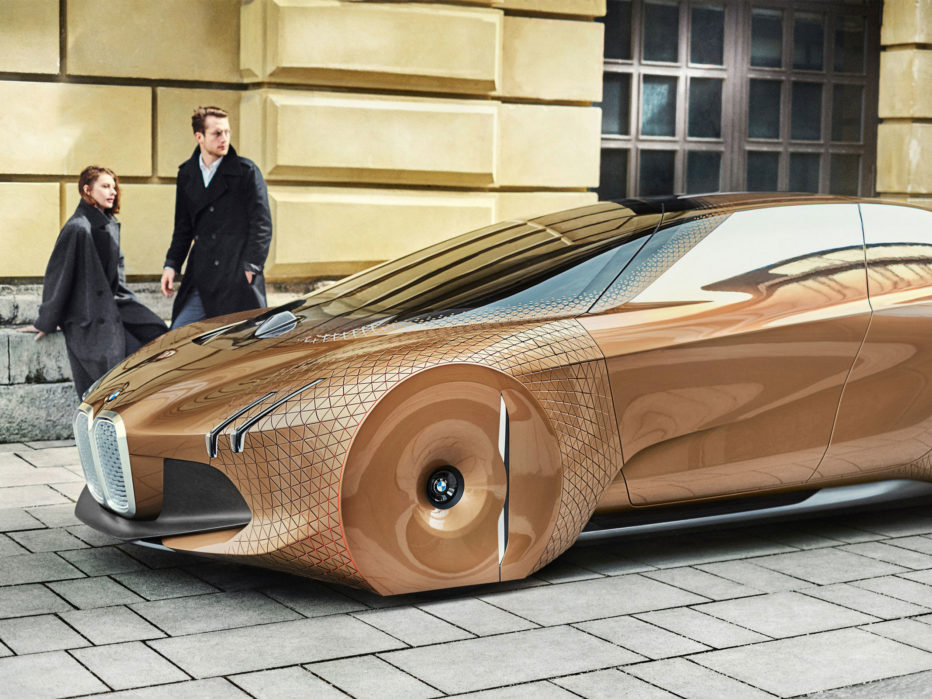 BMW built its reputation on quick cars that are a hoot to drive. (See also: 507, 2002, various M3s, etc.) But as the industry moves inexorably toward its autonomous future, that will become less important to most consumers—and far more important to those who see driving as more than a means of getting from Point A to Point B. This concept, as crazy as it is, shows BMW, like other automakers, hopes to serve both audiences. 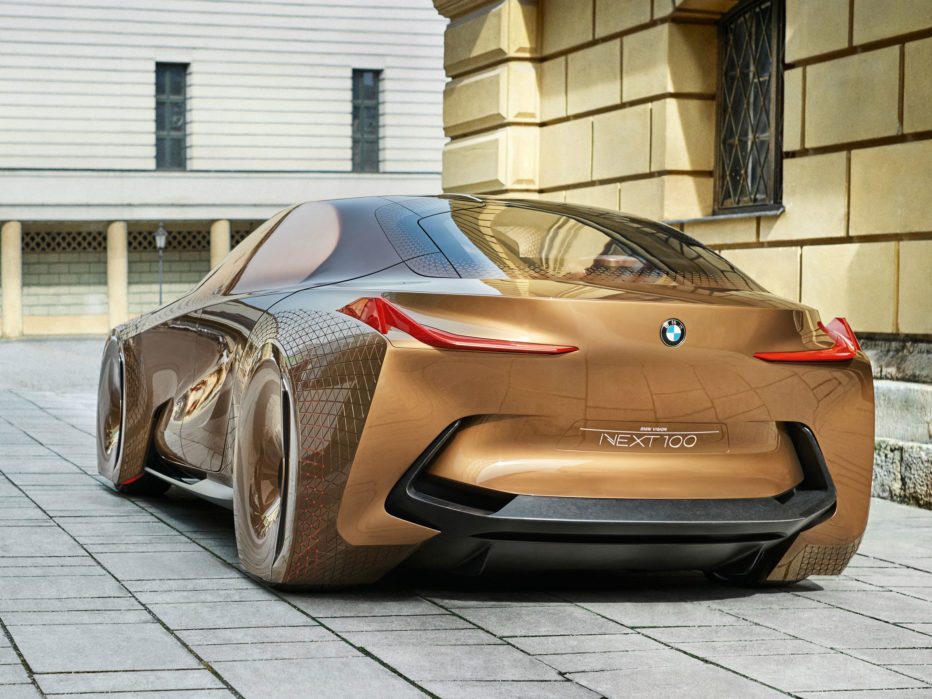