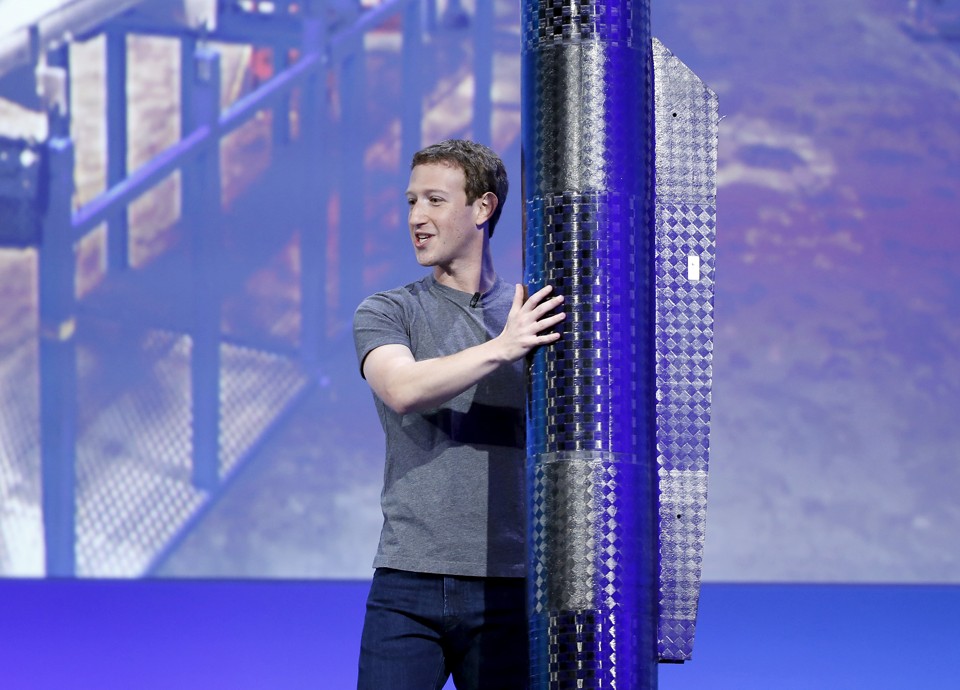 At the close of trading this Monday, the top five global companies by market capitalization were all U.S. tech companies: Apple, Alphabet (formerly Google), Microsoft, Amazon, and Facebook.

Bloomberg, which reported on the apparent milestone, insisted that this “tech sweep” is unprecedented, even during the dot-com boom. Back in 2011, for example, Exxon and Shell held two of the top spots, and Apple was the only tech company in the top five. In 2006, Microsoft held the only slot—the others were in energy, banking, and manufacture. But things have changed. “Your new tech overlords,” Bloomberg christened the five.

But what makes a company a technology company, anyway? In their discussion of overlords, Bloomberg’s Shira Ovide and Rani Molla explain that “Non-tech titans like Exxon and GE have slipped a bit” in top valuations. Think about that claim for a minute, and reflect on its absurdity: Exxon uses enormous machinery to extract the remains of living creatures from geological antiquity from deep beneath the earth. Then it uses other enormous machinery to refine and distribute that material globally. For its part, GE makes almost everything—from light bulbs to medical imaging devices to wind turbines to locomotives to jet engines.

Isn’t it strange to call Facebook, a company that makes websites and mobile apps a “technology” company, but to deny that moniker to firms that make diesel trains, oil-drilling platforms, and airplane engines?

Part of the problem has to do with the private language of finance. Markets segment companies by industry, and analysts track specific sectors and subsectors. Exxon is an energy industry stock, while GE straddles energy, transportation, public utility, healthcare, and finance. The “technology” in the technology sector is really synecdoche for “computer technology.” Companies in that sector deal in software, semiconductors, hardware manufacturing, peripherals, data processing services, digital advertising, and so forth.

“Technology” has become so overused … that the term has lost all meaning.

For the NASDAQ exchange, where most so-called technology companies are traded, those industries are based on the Industry Classification Benchmark (ICB), a classification system developed by the London Stock Exchange’s FTSE Group. The ICB breaks the market down into 10 industries, each of which is broken down further into supersectors, sectors, and subsectors. The ICB technology industry counts “Internet” as a subsector of “Software & Computer Services,” for example. Companies are assigned to sectors and subsectors based on the (largest) source of their revenue (thus, GE is considered an energy company).

A company like Microsoft fits squarely into Technology, Software & Computer Services, because that’s where the majority of its revenue derives. Likewise, Apple is a traditional ICB “technology” company, in the sense that it makes most of its money from selling computer hardware. But the other companies in Bloomberg’s Monday top five are technology companies in a mostly vestigial way.

Almost all of Google’s and Facebook’s revenue, for example, comes from advertising; by that measure, there’s an argument that those firms are really Media industry companies, with a focus on Broadcasting and Entertainment. Of course, Alphabet is a lot like GE, or at least it aspires to be, with its investments in automotive (Self-Driving Car Project), health care (Calico), consumer goods (Nest), utilities (Fiber). But the vast majority of its revenue comes from Google’s ad business.

Amazon generates a lot of revenue from its Amazon Web Services (AWS) business—perhaps as much as $10 billion this year. It also derives revenue from manufacturing and selling computer hardware, like the Fire and Kindle. But thevast majority of Amazon’s revenue comes from international sales of consumer goods. Amazon is sort of a tech company, but really it’s a retailer.

A day later, at the close of the markets Tuesday, August 2, the tech sweep was already history. Exxon Mobil had pushed Facebook out of position five, topping the, uh, online broadcast media company’s $352 billion market cap by $8 billion, or 2 percent. Warren Buffett’s conglomerate Berkshire Hathaway also closed Tuesday at $354 billion in total value. Among Berkshire Hathaway’s top revenue drivers are insurance, manufacturing, and the obscure but ubiquitous McClane Company, which provides supply-chain management and logistics services for the grocery industry. It brought in $28 billion in revenue last year, or about $10 billion more than Facebook. Johnson & Johnson, which sells consumer and industrial health products from Actifed to Zyrtec, wasn’t far behind, with a $345 billion market capitalization at the close of business Tuesday.

Every industry uses computers, software, and internet services. If that’s what “technology” means, then every company is in the technology business—a useless distinction. But it’s more likely that “technology” has become so overused, and so carelessly associated with Silicon Valley-style computer software and hardware startups, that the term has lost all meaning. Perhaps finance has exacerbated the problem by insisting on the generic industrial term “technology” as a synonym for computing.

There are companies that are firmly planted in the computing sector. Microsoft and Apple are two. Intel is another—it makes computer parts for other computer makers. But it’s also time to recognize that some companies—Alphabet, Amazon, and Facebook among them—aren’t primarily in the computing business anyway. And that’s no slight, either. The most interesting thing about companies like Alphabet, Amazon, and Facebook is that they are not (computing) technology companies. Instead, they are using computing infrastructure to build new—and enormous—businesses in other sectors. If anything, that’s a fair take on what “technology” might mean as a generic term: manipulating one set of basic materials to realize goals that exceed those materials.